The emergence of Teamwear as a relevant sector in sportswear. 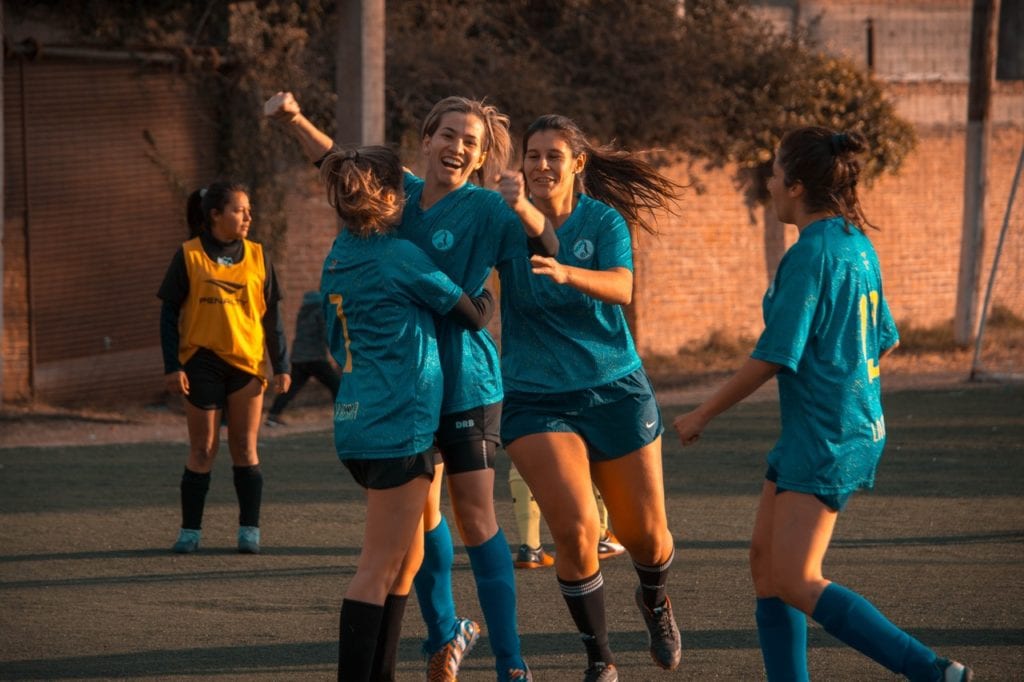 Some of us at Club Sport NI remember when Teamwear consisted of brands like Spall and Pro Star. Admiral and Bukta were big players in the old first division and Nike was merely a Greek goddess.

In fact Nike, the brand, only entered the UK football market in 1993 when they replaced Adidas as the supplier to Arsenal. Now such is Nike’s prominence in football, or soccer as they call in their American home, they hold the market share in the UK for the grassroots and amateur game along with a significant portion of the professional game.

When it comes to boots they are dominating to the extent of 52% of boots worn by the players in the top 5 major European leagues. Adidas trail at around 38% and the remainder is spread across brands such as Puma at 8% and then Under Armour, New Balance, Joma, Lotto, Mizuno hitting single digits of boots on feet.

So where did the shift come in terms of team sports apparel versus generic sportswear. Remembering early kits of boys and school teams, designs were basic, fit and materials uncomfortable and decoration was sparse. By decoration we refer to club crests, sponsor logos and numbers. Club logos were highly unusual, numbers were uncommon and sponsor logos non-existent.

Today we have football teams at under nine wearing kit that resembles an ice hockey kit such are the mass of sponsor logos on the shirts. Football clubs at all levels take themselves more seriously, and that seriousness starts with kit, from match to training to game day wear. Clubs promote themselves better with websites, social media outlets and Youtube channels. Dog and Duck FC now announce a new signing on their Instagram page, with their new number 10 photographed holding the club shirt.

And so with all these shifts towards better clubs, they want to look their best. They buy training gear, Vapor Knit match kit, warm-up tee-shirts, tracksuits, gilets and poloshirts. Managers are bedecked in warm Arsene Wenger-esque winter coats. Come November there’s demand for gloves and hats and snoods. And so teamwear has become part of lifestyle clothing. Joe Public buys his club ¼ zip now and skinny pants; which is an oxymoron in itself in that he needs to buy them in XXL.

People enjoy the belonging of a club and organisation, and therefore wearing the club logo on their Sunday morning hangover hoodie works for them. The consumer is less likely to spend their money on a hoodie in the local JD now, when he can buy his local Saturday morning league team version, often at a lesser price. And with all that, the teamwear market has started and continues to grow.

It’s a far cry from changing into an unwashed Spall kit in the back of a 1983 Ford Cortina on a freezing Saturday morning at Ormeau Park.